Log in
Results
Do you want to learn about the detailed results from the project in the coming months and years? Sign up for the mailing list by sending us a e-mail message at contact@healthtracking.net. 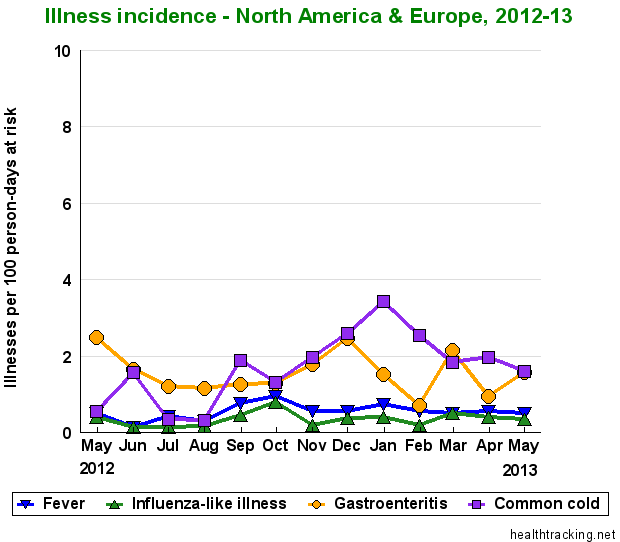 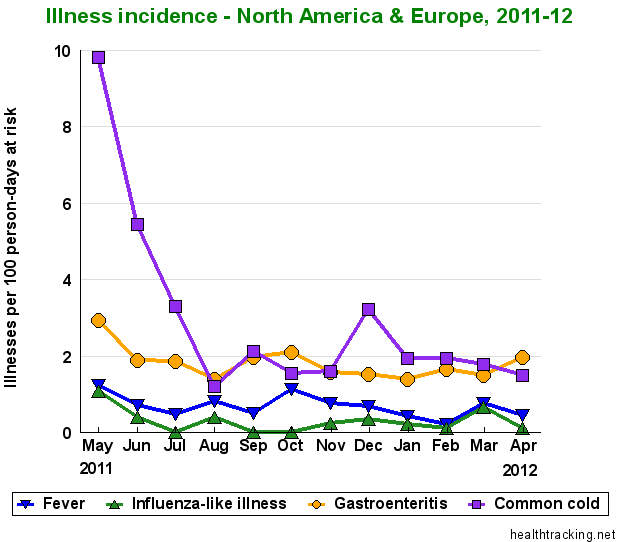 details and definitions for info in graphs

The rates of common illnesses were very low during the summer of 2012 in the Northern Hemisphere. Influenza-like illness increased noticeably in October, and gastroenteritis (stomach flu) and colds increased steadily through the fall and early winter. From late winter through early spring of 2013, illness rates generally fell.

Illness rates will be summarized for other parts of the world once enough members from those areas join. All members, no matter where they live, help in finding factors related to common illnesses. Results on these factors are expected in the second half of 2013.